How Do Online Content Creators Make Money In India?

With the rapid advent of influencers, naturally, there is unbound curiosity as to what the earnings of these online creators in India are. Influencer boast of having huge social media followings and viral posts.

Although job portals like Glassdoor tend to show the average salary of a Content Creator as just around ₹20,000 – ₹25,000 per month, this number seems to be widely off. We see examples of creators earn an equivalent amount for just a single sponsored post on social media.

Some creators have been outspoken to their fans on their earnings from YouTube, Instagram and other sources.

According to ScoopWhoop, here are the earnings of some famous creators, all sourced from their own videos:

2. Flying Beast aka Gaurav Taneja – around ₹1.4 Lakh per month

The important observation from HypeAuditor’s analysis is that half (48.5%) of the influencers claimed that they make money from Instagram. A monthly salary for an influencer is typically around $2,970.

However, there is a huge gap between the income of different accounts. This is largely determined by the number of people who follow the account. The typical monthly income for micro-influencers is $1,420, given that their audiences range from 1,000 to 10,000 people. Mega-influencers, or those who have more than one million followers, have a monthly income of $15,356.

Differences were also seen in terms of the areas of specialisation held by the various influences. The average hourly wage for a fitness influencer is $31. However, a beauty specialist can earn twice that amount, bringing their hourly wage to $60. This is a record across all categories (in relation to the time spent on maintaining the account).

Some celebrities can make as much as $187 in an hour from their work. Animals, business and marketing, and fitness and sport are the subject matter areas that bring in the highest revenue for social media influencers.

Less than five percent of Instagram users make a living off of the platform.

Despite this, just 4.27 percent of people who responded said that they rely completely on the money from their Instagram account. These influencers bring in an average of $5,912.8 each month from their respective accounts.

Forty-seven percent of influencers who were polled reported having higher incomes as a result of the pandemic caused by COVID-19.

However, the pandemic has also had negative effects, as indicated by the fact that 49.68 percent of influencers polled reported observing an increase in fraudulent behaviour.

According to the findings of the study, the promotion of brands continues to be the most important source of cash for Instagram influencers, accounting for 40.15 percent of their total income.

In the meantime, 14.92 percent of influencers use their accounts to promote affiliate programmes. On the platform TikTok, influencers will soon have the opportunity to earn monetary compensation for the production of individualised content such as shoutouts.

In India, the trend is only increasing and this seems to be the right time to get into the field of content creation as the creator economy is flourishing with many companies, organisations and existing social media platforms enabling content creators to earn a revenue while doing what they love.

These companies have witnessed the fall of platforms that failed to support creators monetarily, a good example of which is Vine, the short-video platform which was a pioneer in vertical video. Viewers rapidly dropped off these platforms in preference of others that gave them a percentage of the revenue and allowed them to earn consistently.

What Is The Highest Income Indian Creators Get? 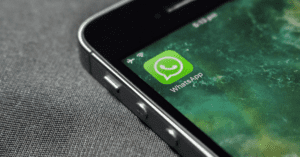 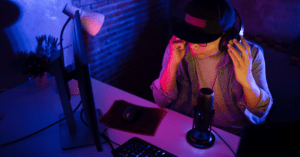 3 Simple Ways To Convert Your Followers To Customers

Self-promotion and branding can seem like a daunting task and hence, many creators struggle to make ends meet. Here are some tips to help you out!

3 Easy Ways To Earn From Locked Messages On Rigi

Create pay-to-view content using Rigi’s Locked Messages feature to start earning instantly. Here are some potential ways you can use it to start making revenue!

Are you a Creator?

Get Free Consultation to grow your Revenue.